Running for Joy in the Ultra Trail Stokely Creek

Algoma’s trail running event has a challenge for everyone

Nick Brash uses one word to describe the vibe of the 2021 Ultra Trail Stokely Creek: “Joyous.” That’s the overwhelming memory for Brash in organizing his second gathering of 175 running enthusiasts in the Algoma Highlands, just north of Sault Ste. Marie. Indeed, after a year’s hiatus due to the Covid-19 pandemic, a welcoming mood of happiness, relief and camaraderie emanates from photographs and videos from the much-anticipated UTSC, held last September amid perfect autumn weather and vibrant colours in the hardwood-clad hills.

“It was like, ‘finally,’” recalls Brash. “We could gather and be one as a community again. Local runners are the driving force of the event. We’re all so excited to show off our backyard. That’s what makes it so inviting for people coming from elsewhere.”

The 2019 UTSC, held at Stokely Creek Lodge in Goulais River, about 30 minutes north of Sault Ste. Marie, included 5km, 15km, 32km, 55km and 83km courses. The inaugural event attracted a sell-out crowd of 150 runners from across Ontario and the U.S. Midwest. Brash admits he was floored by the turnout—and equally surprised when the event claimed a Northern Ontario Tourism Innovator award later that year.

Perhaps the greatest accolade, however, came when the prestigious Ultra Trail Mont Blanc, a world-renowned trail race held annually in France, accepted Brash’s upstart, grassroots event as an official points qualifier. The UTSC was red hot and expectations were sky high—escalating into even greater, pent up anticipation when Brash finally received clearance to deliver the sequel in 2021.

To meet UTMB requirements Brash added a 170-km category for 2021, attracting 15 hard-core entrants (only five managed to finish the punishing long-distance course). Regardless of the race distance, they’re all meant to be tough, the organizer insists. The UTSC routes exploit “every scrap of elevation gain” in the rugged Algoma Highlands, including swooping single-track through intimate hardwood forests, exposed granite ridges and technical rocky climbs and descents. 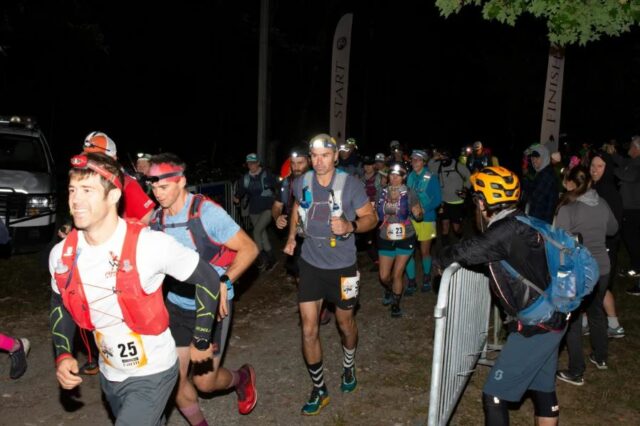 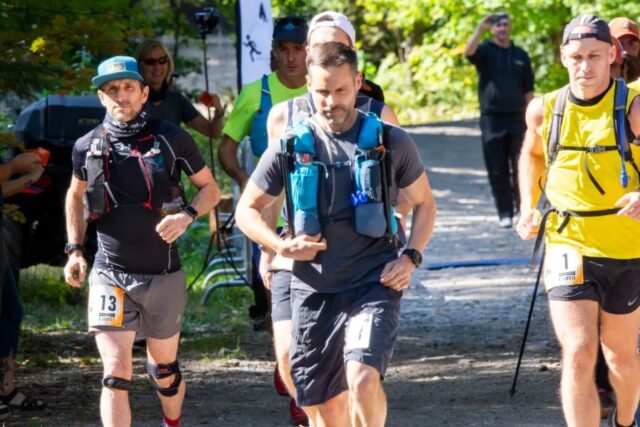 One of Ontario’s Highest Points of Land

With few (if any, depending on the distance) road segments, an overwhelming sense of wilderness pervades and runners must keep close track of trail markers. The popular 17km category ascends King Mountain, one of Ontario’s highest points of land, affording views to Lake Superior. Brash, an avid runner and founder of Bear in Mind Running, a local trail race organizer, mapped routes with all of his favourite heart-pounding climbs and jaw-dropping lookouts for his flagship UTSC event.

But all the challenges come with definite rewards. “I tried to include everything that I would want to see if I was a runner coming here for the first time,” adds Brash. “I wanted to make sure to include every possible view that needed to be seen out there.” 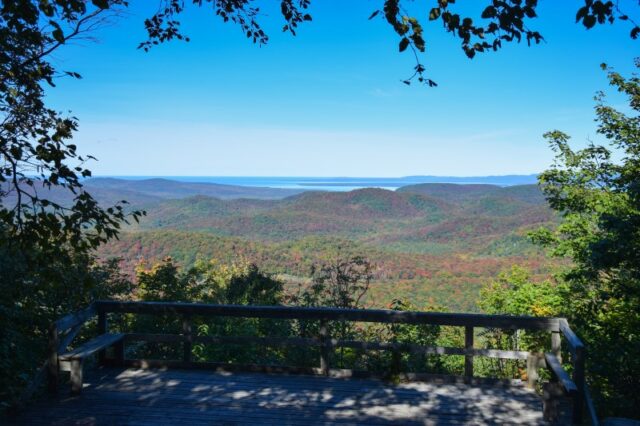 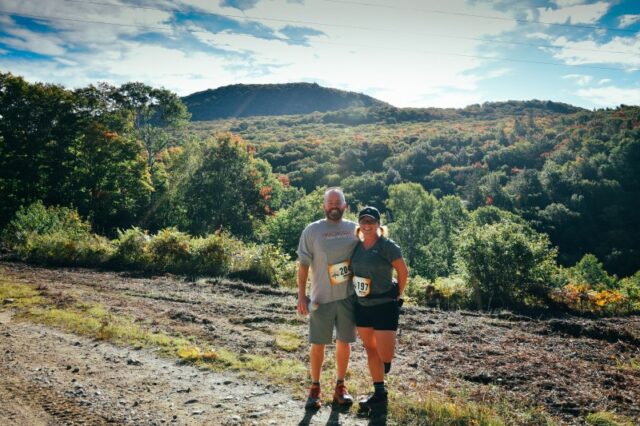 Having travelled across Canada for running events, it was natural for Sault Ste. Marie-based runner Mir Shafiee to support a race in his own backyard. Shafiee, who has participated in both installments of the UTSC, contends the Algoma Highlands scenery is truly world-class. “Last year, I remember scenes of sunrise, quiet lakes and thick fog,” says Shafiee, 53, who ran the 56km event in 2021. “It felt like I was running in the clouds on Robertson Cliffs.

“Trail running is always a challenge because of the uneven footing,” he adds. “But I never grow tired of it. Stokely is a challenging course. But it will teach you how to be persistent, and how to keep going forward.” 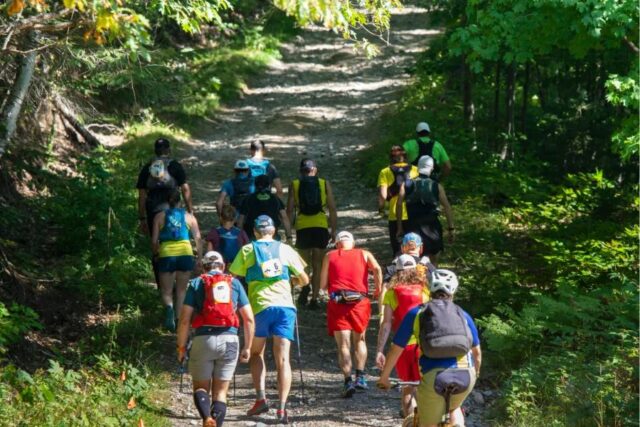 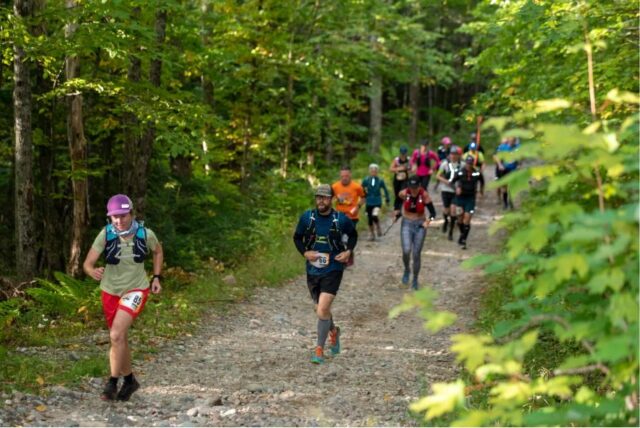 A Race for Everyone

As much as Brash, who has run the epic 100-miler at UTMB in France, admires the long-distance competitors, he maintains that the UTSC is for everyone. The shorter races are popular with youth, first-time runners and high-school athletes alike. As the buzz continues to grow around Stokely’s “ultra”-length races, Brash says continued interest amongst recreational runners in the 5km and 17km categories will ultimately drive registration to his goal of 300-plus participants when UTSC returns on September 23-24, 2022.

For Ramin Emad, the 5km event at Stokely was a perfect way to wrap up his first season of trail running. Emad, 40, who moved to Sault Ste. Marie from Toronto in 2020, recalls being nearly overwhelmed by the initial uphill climb—and then equally awestruck from the scenery as the trail levelled off. “It’s like you’re on top of the world, surrounded by all the fall colours,” he says. “I had to stop to enjoy the view and just take it all in.”

Of course, Brash is far too busy on race day to lace up his own running shoes. But he shares in the thrilling sense of accomplishment runners feel as they cross the finish line. “It’s like a tailgate party,” he says. “It’s a celebration, not a competition.”

Emad recalls feeling just that as he completed his first UTSC. “It was so friendly and there was such great camaraderie,” he says. “The cowbells were ringing and I felt great.” 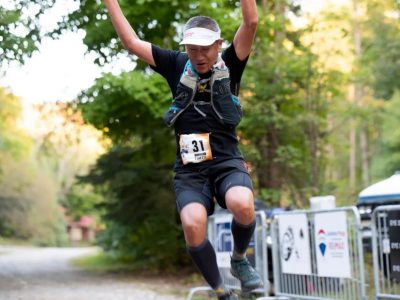 Visit the UT Stokely website for more information including how to register. Stay up to date on all the events in Sault Ste. Marie by visiting our Events page here.