By Alicia Smith, Adventurer and Writer/Photographer at, Pen + Pixel CO.

No matter where you’re from, where you currently live, or where you visit, a sunset anywhere is beautiful, there’s no doubt about that. The sun rises in the east and sets in the west, a fact we all know, but what might sometimes be easy to take for granted, is how lucky the residents and visitors of Sault Ste. Marie (and area) are to be able to witness this phenomenon so frequently. Throughout each of the four seasons, and especially over the big lake, we are truly fortunate and blessed to have such easy access and the ability to witness the colours of the rainbow throughout the entire sky, as the sun rises and sets all year-round.

I may be slightly biased, seeing as though the “big lake” is so close to where I live and grew up, but I think a lot of people who live and visit here would agree, a sunset over Lake Superior just hits different.

No two sunsets are alike

Sometime early in the pandemic, and after the loss of a loved-one who was dear and near to me, I started taking (almost) weekly drives “up north” on days when I thought I might get the chance to witness, enjoy, and capture something colourful (and potentially remarkable) on my camera to share with the people in my life who might not wander too far from town as often as I have been able to. It was enough of a brief and temporary escape from town each week when going much further wasn’t much of an option for me.

After months of putting on way too many miles on my leased vehicle, burning gas I could have conserved a little bit better, and taking hundreds of pictures just to post a few, a friend of mine asked me, “why drive all that way just for a sunset every week?” I sat and thought about it for a while, and a few things came to mind. 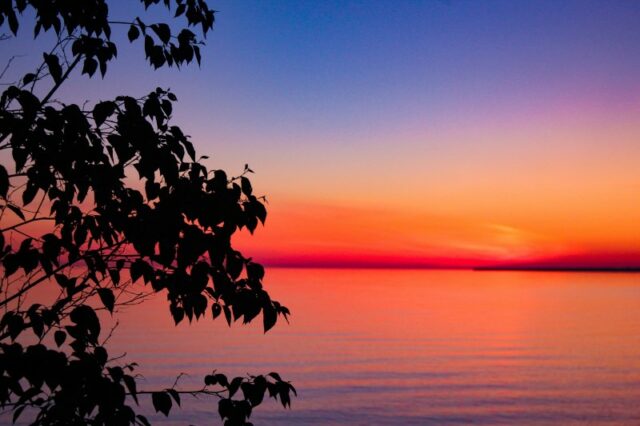 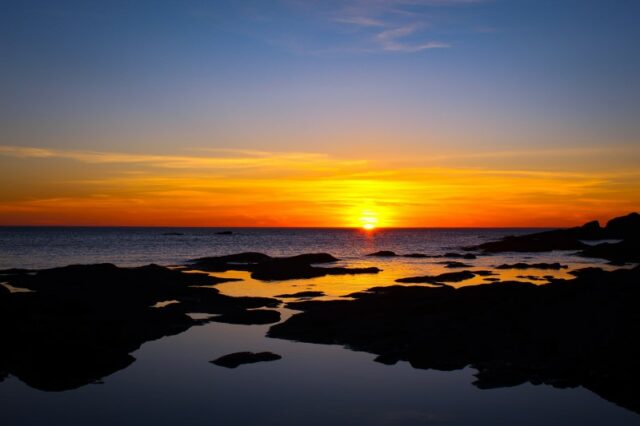 For one, why not? In a time that felt dark and uncertain for a lot of people, it made me (and most of the people I had the opportunity to share them with) happy, as the sun and the lake often do, and it was an escape from the city to some of my favourite places in the Algoma Highlands, and in a way, it made me feel closer to the people that I had lost; it was, essentially, my church.

Two, if you are from here, you know that our winters can be long most years and any chance to enjoy the sun can be enough to change your mood and day completely, even for those residents and visitors that love to play around in the snow and make the most of the colder seasons.

Finally, no two sunsets are alike, and it’s always beautiful to watch each day end differently, whether it was bursting with colour or a little gloomier on the cloudy days. At times, even when the weather was a little darker and greyer, or a storm was rolling in (or had just passed), those days still managed to put out some of the nicest sunsets that I have been able to capture on camera and witness with my naked eye; beautiful sunsets often favour cloudy skies and are brighter after a storm passes by. 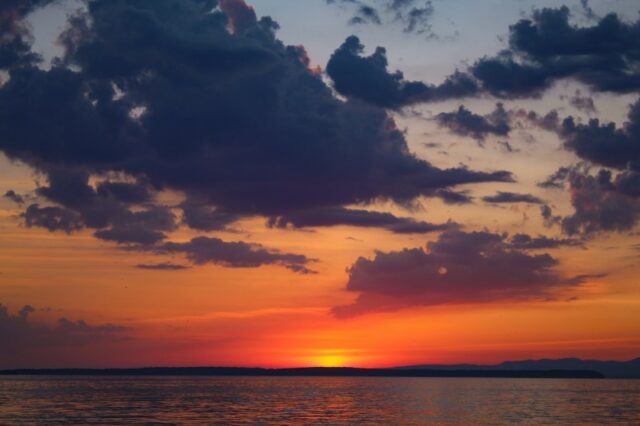 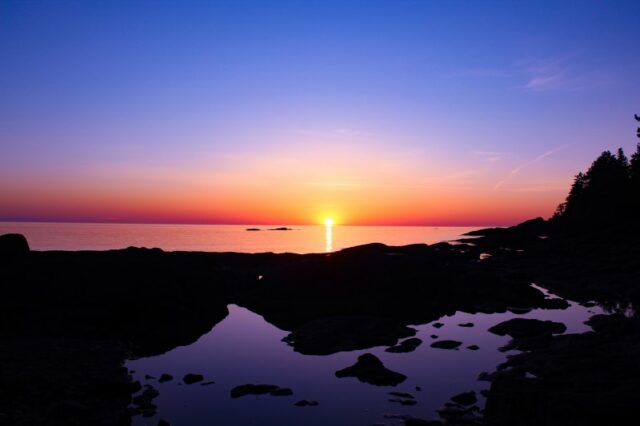 What makes it different for those who live and visit any area in the northern part of Algoma and who stay close to the Lake Superior coastline, is how those sunsets appear over Lake Superior. If you’re lucky enough to catch one on a calm day, the mirror-effect from the lake in-front, above and below your eyes is bound to make any good or bad day end better, and although brief, they’re unforgettable moments.

We often stop and notice those aw-inspiring phenomenon like seeing millions of stars when you’re away from city lights, rainbows after a storm, the rare sight of the northern lights dancing in the sky, and depending on the kind of person that you are (the early birds), you might be more likely to catch sunrises, which can also be really beautiful but not entirely the same. We have a bad habit of becoming complacent to the things and opportunities we might see or have access to more often than the rest and sometimes we let those moments pass us by (or we pass them by), even unknowingly and unintentionally, but if the pandemic has taught us anything, it is that we should take nothing for granted. 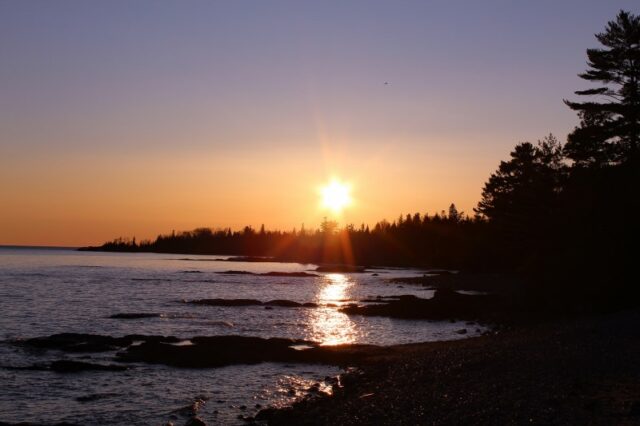 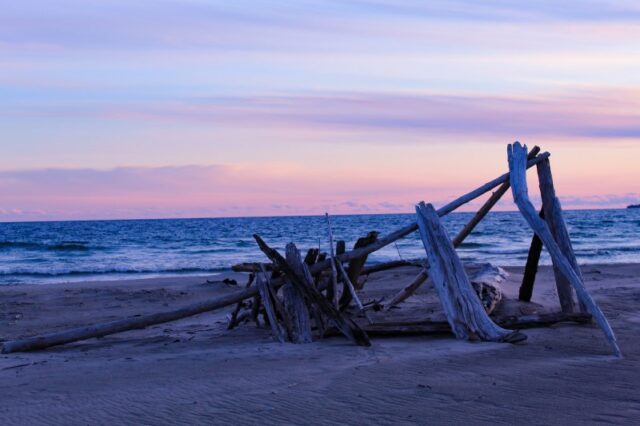 A sunset, is a thirty to sixty minute period of time where you can sit, watch, and take in the beauty of the ever-changing colours of the sky (that often become more brilliant after the sun sets below the western horizon), and be thankful that you had the opportunity to watch one more day come and go as well as having the opportunity to live (or visit) where you do, even if the summers are short and the winters can be long.

If you’ve never had the opportunity, or do not often go out of your way to take the short drive and adventure north to watch one, I highly recommend that you do, any chance that you get, whether it be alone or with friends and family you enjoy spending your time with. Over a decade or so ago, I met a (non-local) man who said something to me that I’ll never forget, he said “You’re lucky you live where you do. God put the mountains in the west, the oceans in the east, and put them both together right here in Northern Ontario, and you get to watch some of the most beautiful sunsets fall over all of it.” 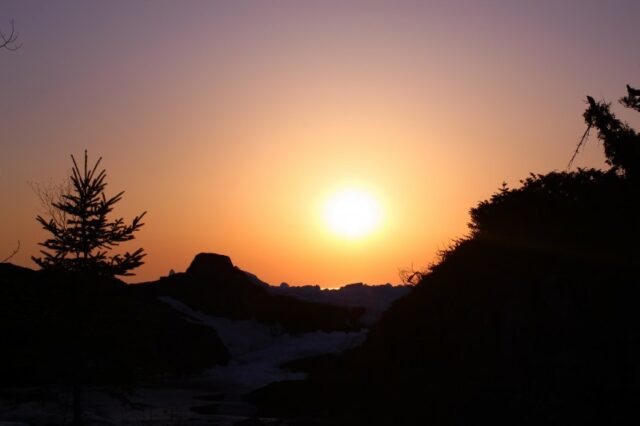 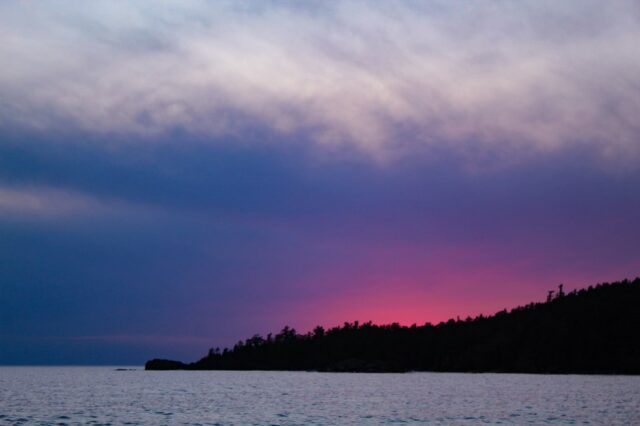 Some of the best places to capture sunsets

The timing of a sunset varies throughout the year; you can look up what time the sun will set on a weather app or by using a sun calculator app online. Please note, that the poles are slightly titled, meaning the sun tends to set close to the northwest in the midsummer, and the southwest in midwinter, the exact direction of the sunrise and sunset is determined by the latitude and the time of year. 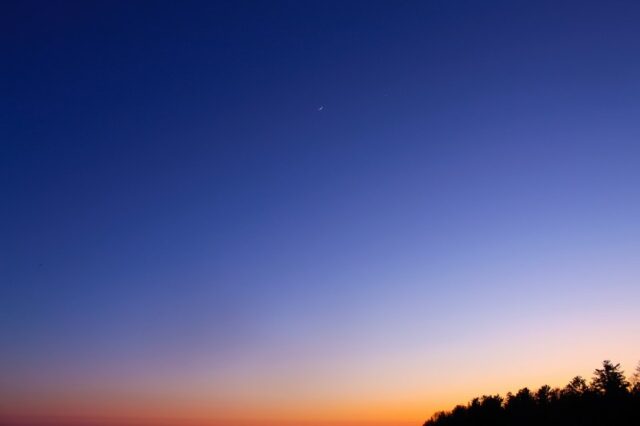 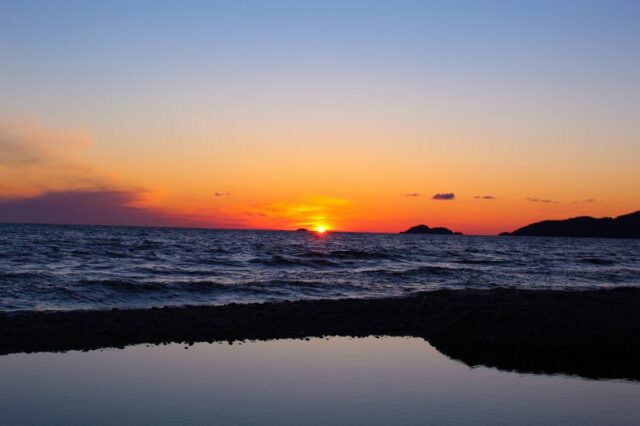 Words and pictures provided by Alicia Smith at the Pen + Pixel CO.